The regional Bureau of education for the Piedmont (USR) has jurisdiction in education throughout the territory of the Region of Piedmont, as part of territorial branch of the Ministry of national education. 2015 it is composed of 10 offices which 5 in Turin and the others scattered on the regional territory. There is also an inspection bureau composed of 6 inspectors. 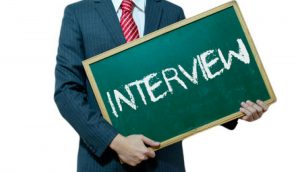 Since its founding, the USR of Piedmont aims to promote the European education dimension and mobility programs and ongoing training first in European equities LLP (Lifelong learning Programme) and then with the new programme Erasmus +. The body is always tuned to the needs of schools and attentive to the requests for training from the field.

The Piedmont USR participated in programmes of cross-border cooperation PEEF-Alcotra 2007-2013 and of the Alps in the Sahel”2009-11; He coordinates, with the Academies in Nice, Aix-Marseille and Grenoble, the joint training of teachers, managers and executives of inspection and to promote the mobility of young people.

Since 1996 the USR of Piedmont has implemented actions for international cooperation, particularly with the France and cross-border regions of PACA and Rhône-Alpes.

The USR of Piedmont has signed several memorandums of understanding with the Rectorats from the Academy of Nice, Aix-Marseille and Grenoble. Partnerships with the French and Piedmont regions contributed to the development of international cooperation as well as joint actions educational systems.

The Piedmont USR also encourages knowledge and dissemination of the languages and cultures mutual in schools in order to encourage the mobility of teachers, learners and the sharing of innovative approaches to teaching / learning.

The USR of Piedmont was one of the associated project partners PEEF (Pole of excellence education and training) of the ALCOTRA 2007-2013 program coordinated by the Region of Piedmont.

The USR of Piedmont has also coordinated a project Comenius Regio with the France, whose partners were the General Council of Alpes-Maritimes and the Academy of Nice.

During the project “from the Alps to the Sahel’ the Piedmont USR participated in the Steering Committee and has fostered contacts with schools and other institutional partners. He participated over the years in many European projects of any kind.

The USR helps educate schools ESD through direct contacts, through participation in the activities planned, local and international. Indeed, the dissemination among the citizens, especially the young, of a new sensibility to the themes of sustainable development and a better knowledge of the political and socio-economic dynamics that are the basis of global imbalances, is an indispensable factor for the eradication of poverty and inequalities that must be controlled.